Lots of dizis take place in Istanbul and by now international audiences have memorized some famous spots in Turkey’s most well known city. However Turkey has a lot more scenery to offer in its other cities and one of those cities happens to be Gaziantep (also called Antep informally), which is in southeast Anatolia. When I heard that the first Turkish series to come out of Disney Plus called Kaçış has mostly been shot in Gaziantep, I was thrilled and I knew I had to write about it. Though I think the story will take place in Syria, it’s still nice that Gaziantep is hosting filmmakers again after some time. 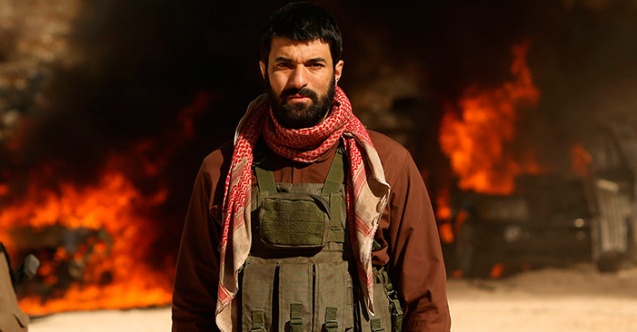 Meanwhile Fox TV’s new summer rom-com “Senden Daha Güzel” which stars Cemre Baysel, announced that her character is from Gaziantep. I am not sure how many episodes of Senden Daha Güzel will take place in Gaziantep, but I’m sure her character being from Antep has been added to the script to add a certain flavor. I remember distinctly a scene from Baht Oyunu where she made a great impression of southeast Turkey accent and honestly I can’t wait to see her in this new role. So with these interesting things happening for Gaziantep right now, let’s take a look at 5 famous dizis that were shot in Gaziantep. 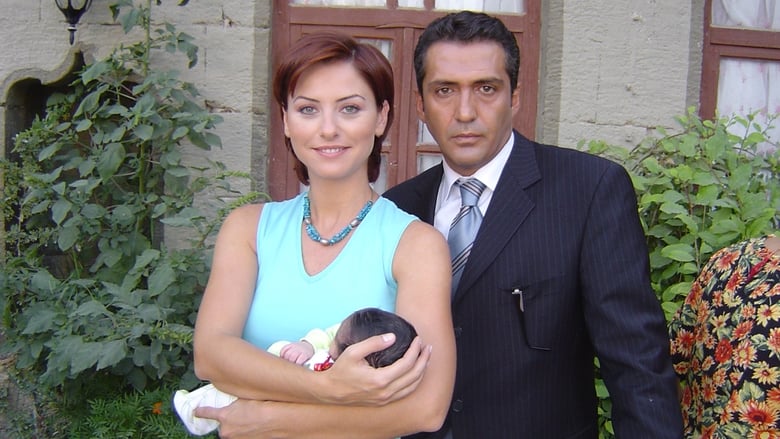 At the time when it aired we can say that Zerda was one of the first of its kind to be taking place in southeast Turkey. After its success, even today, a lot of productions take inspiration from it. This is a dizi where supporting cast almost outshines the leads. The story is simple. Zerda (Ece Uslu) and Şahin (Yavuz Bingöl) are in love but when Şahin’s brother dies he is forced to marry his brother’s wife. Şahin’s family is very traditional and also a very wealthy and well-known family. They don’t want him to marry Zerda because they don’t want their wealth to be inherited by an outsider.

As most dizis do, Zerda also loses its track after a while although for angst lovers I can say it keeps you interested. Honestly when Devran (Halit Ergenç) was included in the cast it got more interesting for me. You might recognize Halit Ergenç from Vatanım Sensin and Muhteşem Yüzyıl. I commend the writers and the production for this casting and that’s what kept me going until the finale. Zerda’s great supporting cast includes actors like Güven Hokna, İdil Fırat and Burak Sergen. Sometimes it’s the villains that make the story worth watching and by sometimes I mean always. 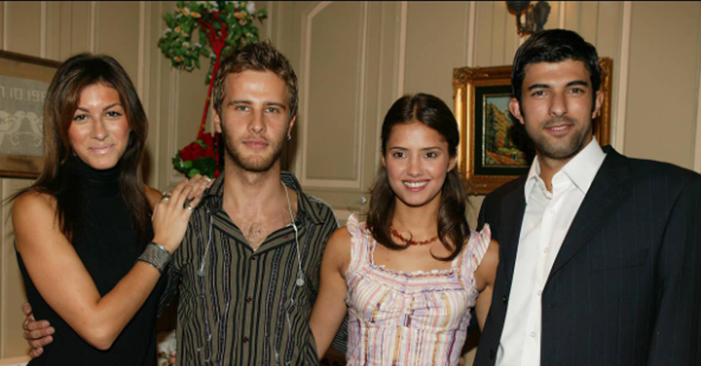 First of all, this dizi has one of the best casts of its time and maybe of all time. It is also one of the funniest series ever. This Turkish Romeo and Juliet story actually again shines not with its romantic leads but with the side characters that Turkey’s most talented actors play. The story is about Nazlı (Nehir Erdoğan), the daughter of a baklava shop owner from Gaziantep, who falls in love with Niko (Özgür Çevik) who is from Greece. Nazlı’s family is not happy with her decision to marry Niko because her father Kahraman (Erdal Özyağcılar) makes a deal with his business partner Ökkeş (Zeki Alasya) to marry her with his son Kadir (Engin Akyürek).

This dizi happens to be the TV debut for Engin Akyürek (who stars in the first Turkish Disney Plus series Kaçış and Netflix’s Yolun Açık Olsun). Other side characters include; Kahraman’s wife Feride (Sumru Yavrucuk from Evlilik Hakkında Her Şey), his other daughter played by Binnur Kaya (Kırmızı Oda’s famous psychiatrist) and son in law played by İlker Aksum (mostly appreciated for his subtle performances in art-house films).

The story is quite daring for its time. At that time I remember Yabancı Damat really ridiculed the prejudice Turkish people could sometimes have against foreigners. Also politically Turkey and Greece sometimes found themselves arguing over maritime borders and this reflected on both countries people negatively. Thanks to the positive portrayal of Greece and to the way Turkish people’s prejudice against them was mocked with great humor this was an awakening, the series was a huge success. This was a series where Turkish people learned to appreciate the similarities between them and Greek people rather than concentrating on the differences. Honestly I miss seeing this kind of positivity and great comedy on my TV screen. 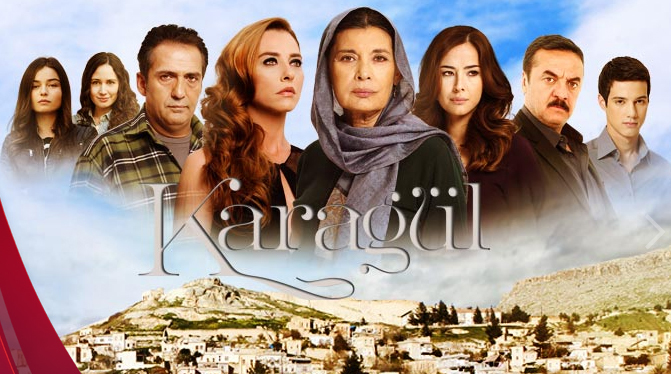 I was shocked with the IMDB points on this dizi as this happens to be one of the best dramas that graced Turkish television. It lasted for 4 seasons and had a good finale. That must be a record. I do have to add that it can be very annoying as well. The drama can really get dragged in a series such as this one.

Karagül was like a school for a lot of young actors some of which are quite well known today. Hilal Altınbilek (Bir Zamanlar Çukurova), Mert Yazıcıoğlu (Aşk 101), Ayça Ayşin Turan (Ada Masalı) and Sevda Erginci (Büyük Selçuklu) all gave great performances considering this was their first important acting job. When it began, I remember finding it very similar to Zerda. This is another story where the guy’s family hates the woman he marries. Don’t we all despise this plot? But we watch anyway, because we know in the end she will prevail.

Ece Uslu (from Zerda) plays the unwanted daughter in law and Özcan Deniz plays her husband. Yavuz Bingöl who plays her husband in Zerda this time plays Fırat Mercan who is an artisan. Honestly fans of Mert Yazıcıoğlu should see him in this because this was the role that made me think, wow, this kid has got it! Hilal Altınbilek is perfect as the younger and sometimes sinister daughter in law. Mesut Akusta who you might remember from Teşkilat, which is airing right now, is unbelievably good as Kendal, Özcan Deniz’s brother and you’ll hate him for it. Burak Çelik, who will play Cemre Baysel’s love interest in this summer’s rom-com Senden Daha Güzel, also has a role in the later episodes. The plot, you ask. Well Ebru and Murat are happily married with 3 kids. That’s all I can say, as the first episode happens to have a shocking reveal. Oh and also the cinematography is really well done. I love all the scenes shot in Halfeti near the lake. 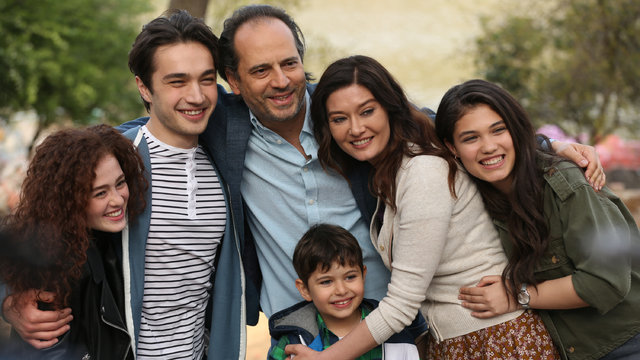 What drew me to Gülperi was the cast. To be honest at this point I was a bit tired of the same type of story where the husband’s family is from Gaziantep and they are all bigots who are also mean and terrible people. I think screenwriters really need to visit southeast Anatolia more often. Anyway, Gülperi stars Nurgül Yeşilçay (Paramparça, Aşk ve Ceza) who is very good at playing these kinds of characters who never see the light of day. Her husband dies and his family tricks her kids into thinking she doesn’t want them and being kids they believe them. So basically this is her custody battle against her in-laws. Her biggest help is going to be Kadir (Timuçin Esen) who is a lawyer. You can recognize Timuçin Esen from Hekimoğlu, which is the Turkish remake of House MD. It is really good! (One of the best remakes) The story is actually inspired by a 1982 Turkish movie called Gülsüm Ana.

I am not the type of person who enjoys tear-jerking dramas. However Nurgül Yeşilçay and Timuçin Esen have great chemistry. I am a fan of both. So I was sold. My mother really enjoyed this so if you are looking for a dizi to watch with your mom or an older relative or friend this could be your choice. 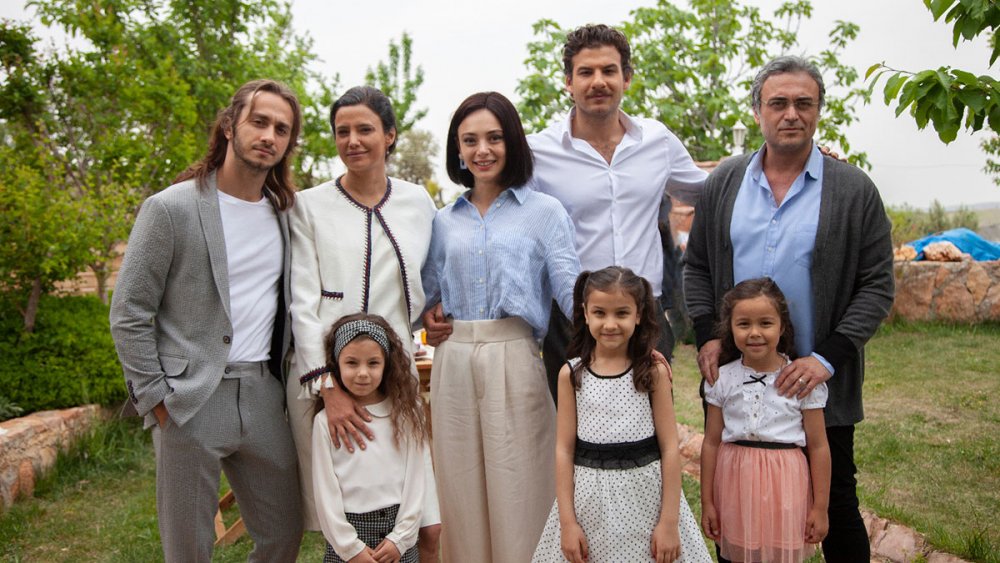 They say actors who have once been in projects shot in Gaziantep always come back. Nehir Erdoğan is Melek in this. You might remember Nehir Erdoğan from the first dizi I mentioned here, Yabancı Damat. Kutsi plays Halil who is her childhood friend. Finally in Benim Adım Melek the inhabitants of Gaziantep are not all bad. Although some of them start as villains but change over the course of the series for the better. Like Gülperi, Benim Adım Melek mostly focuses on motherhood but I think does a better job. The story starts in Germany and then moves to Gaziantep.

This is the most recent one in this list and also portrays the texture of the city a bit more realistically. Some series like Karagül make it seem less modern which is not really true. Gaziantep is one of the most industrially advanced cities in southeast Turkey. I guess filmmakers like the big mansions and think that they are more cinematic but hardly anyone lives in those anymore.

Benim Adım Melek has a good balance of sad and funny scenes. It can be angsty/annoying at times but has good pacing. The acting is really good all round. Young actors are not well known which for me is always a plus. Give new kids a chance, right? You know sometimes you don’t expect much from a dizi and you are pleasantly surprised, yes, this is one of them. It’s surprisingly good. Not a masterpiece but hey this is not Cannes. 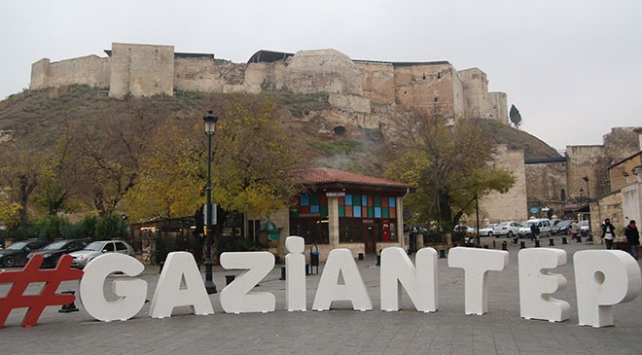 With its history, cuisine and rich culture I’m sure Gaziantep will keep serving as the perfect backdrop to compelling dramas on our TV screens. If you are ever planning on visiting, make sure you have a list of restaurants to try because there is nowhere else in whole Turkey where you can eat better kebap (yes with a “p”) or baklava. I only hope that more of Gaziantep’s natural beauty will be presented on TV and the harsh portrayal of its people will change. But we do love us some villains don’t we?