Wild Abandon: Trapped In Their Own Lives

It is not every day that someone reminds us how miserable our lives is. Netflix Turkey’s Wild Abandon does just that. You might say, “My life is not miserable I love it, it’s great” but hold on, is it really? I would love to say Wild Abandon is about a man coming to terms with his reality and what he wants in life. But painfully, it’s not. Beautifully written, directed, acted and shot, it feels more like a tragedy of our miserable lives and please allow me to tell you why and how. 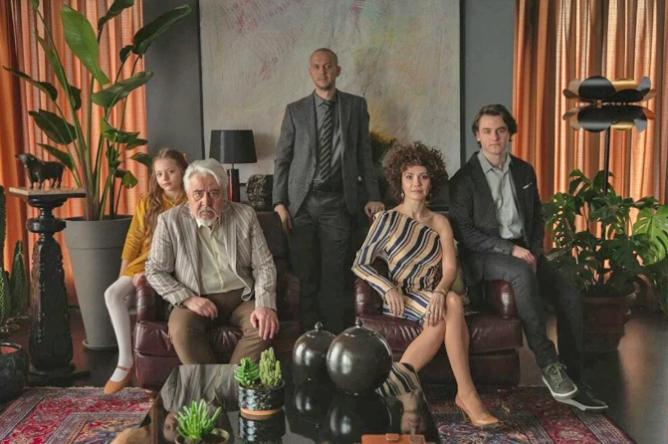 There Is A Lot To Uncover Here

You might remember this; Wild Abandon’s screenwriter Hakan Günday and director Onur Saylak have 2 other beautiful brainchildren. The highly acclaimed 2018 series Persona (Şahsiyet) for which veteran actor Haluk Bilginer won an Emmy and the 2017 movie More (Daha) which was Saylak’s directorial debut. Daha is an adaptation from Hakan Günday’s novel with the same name. Although some of Günday’s novels have been translated to English, for those who may not know, he is also one of the most brilliant novelists of our generation.

When we look at the characters, the protagonist Oktay (Öner Erkan) is a middle-aged architect with two kids and the first episode does a great job of introducing us to his family and to the reasons behind his misery. Oktay is not alone in his misery, pretty much everyone in the Uysallar family is miserable in their own way. International audiences can remember Öner Erkan from the dizi Çukur where he gives another nuanced performance. However I think Uysallar allows him more space to show his acting, which is very vulnerable and honest. Onur Saylak’s direction is admirable, not just technically but also for the performances he got out of each and every cast member. I feel like him being an actor also contributes to that.

*The rest of this review may contain spoilers.

According to Aristotle, the sense of tragedy comes from the good qualities of the protagonist not his flaws. That is exactly the case in Wild Abandon, Oktay is flawed but we still feel his pain. He frustrates us with his actions, he is not a good father, he is a coward, but we also know he means well and that makes his misery more heartfelt. 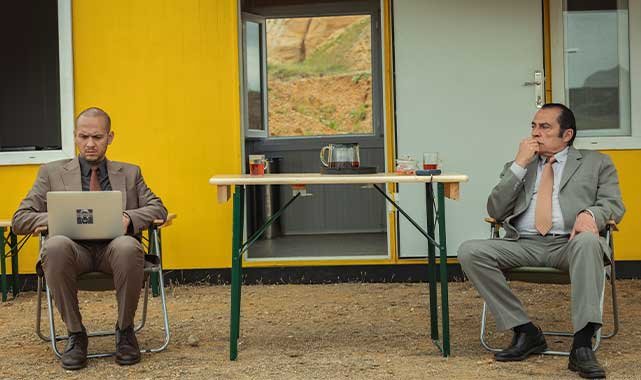 Literary references throughout the episodes solidify the story’s intent masterfully and make it a joy to watch especially for bookworms. When Oktay tries to leave his family but changes his mind and comes back home from the airport while they are sleeping, he hides his plane ticket inside a book in their library. The book is Leo Tolstoy’s ‘Family Happiness’. Interestingly enough, the book is actually about a couple that falls out of love during their marriage but then decides to settle and maintain a happy marriage. Later when Oktay thinks he pulls out that book to hide the ticket somewhere safer, he accidentally picks up ‘Oedipus Rex’ by Sophocles, which happens to be one of the most well known Greek tragedies of all time. King Oedipus is the perfect allegory for a man who cannot escape his faith. So right then and there we already know whatever Oktay does through the series will not change anything. There are two more book references in the series but I’m not going to deprive you of the joy of finding them yourself.

Not Just Your Typical Dysfunctional Family

Other members of the Uysallar family include; Oktay’s wife Nil (Songül Öden), his son Ege (Umut Yeşildağ), his daughter Ece (Nil Yerlidağ) and his father Olcay (Uğur Yücel). Oktay is given the task of designing a prison and has to deal with Berhudar (Haluk Bilginer) who is sent from Ankara by the government to monitor the project. The Turkish title of the series, Uysallar, comes from the word “uysal” (which means docile in Turkish) and besides being their family name also refers to a group of people who are docile with the “lar” suffix (which makes words plural) added to the word “uysal”. Docile here actually refers to being submissive. This does not come as a surprise because the teasers already showed Oktay, the main character say that he regrets never having protested anything. 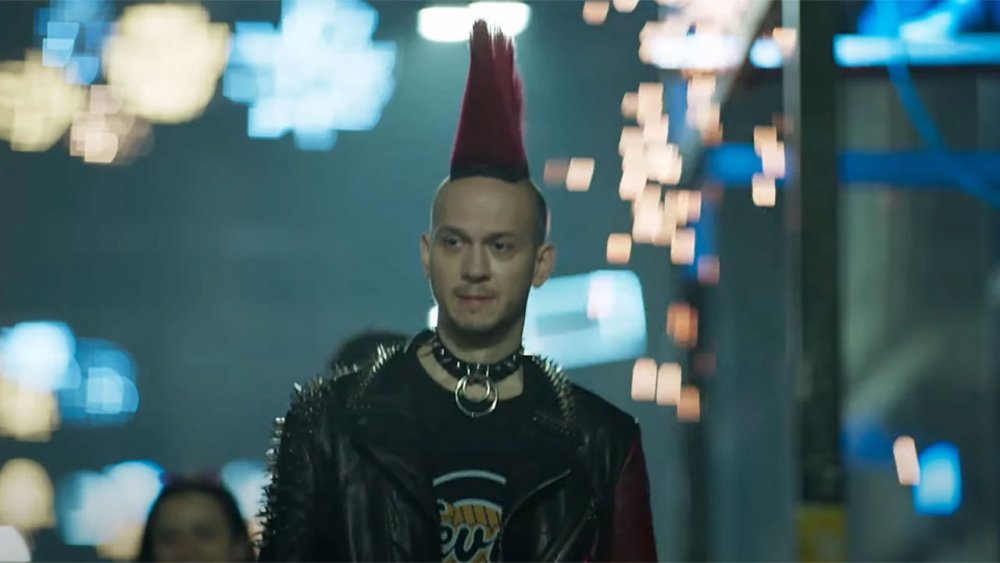 Throughout the series we kind of get an understanding of why the family does not function. Nobody listens to each other! Oktay wants to run away from his family and live his long lost dream of being a punk. Nil wants to take back her lost years, live her white-collar dream with a man who listens to her like Suat (Serkan Altunorak). Ege wants his father to appreciate him. Ece wants the world to be a better place for everyone not just herself.

According to most religions, families are the foundational institutions of society so if the most sacred institution, which is family, does not function what does that say about our society? 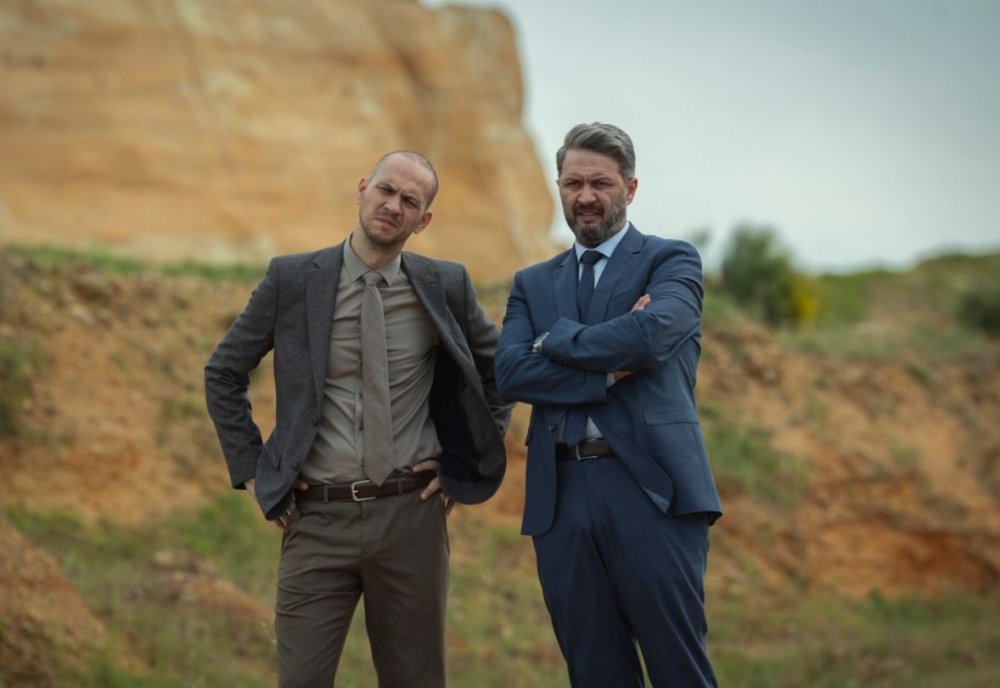 You Had Me At “Metaphor”

Metaphors in Wild Abandon are not always subtle and that works for me. The biggest one of course is the prison. I really loved that they ended up locked up inside the model prison cell at the very end. The fog that covers Istanbul represents not just the political climate of Turkey at present but also shows how divided our society is (left-right wing, rich-poor, religious-secular) and also how none of the characters in the series sees the others’ pain. Needless to say, all the characters feel prisoned and trapped because of their choices. Mert (İbrahim Selim) is scared of his political tweets and imagines he will be arrested but cannot help himself and keeps sending them. It is a reference to the current sentiment about freedom of speech and how it affects us psychologically. 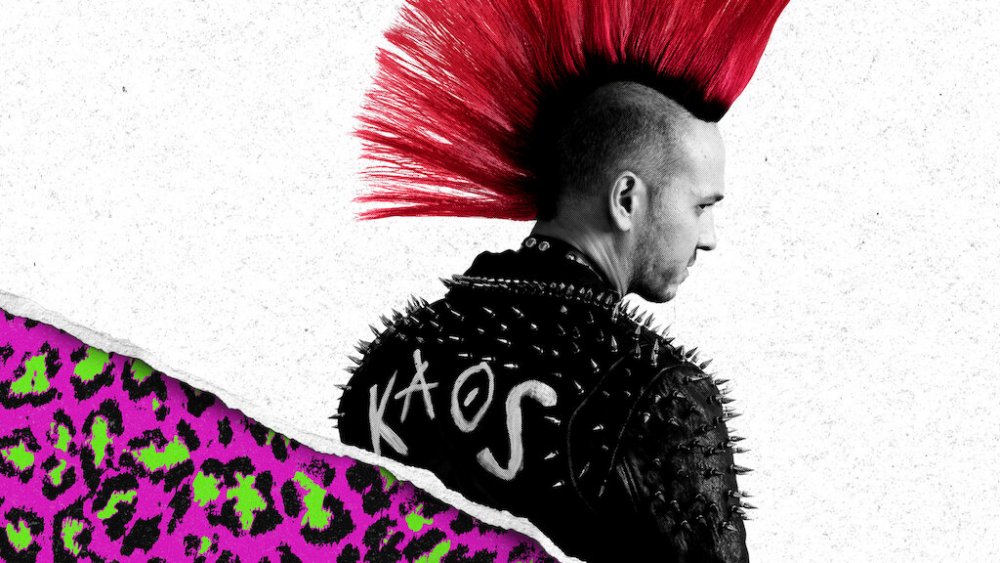 Nil’s mask is another great symbol, representative of her obsession about staying young and desired (not just sexually but also professionally) in a world where she is reduced to being a wife and a mother. Ege is imprisoned by the education system where he has to decide what he wants to do with his life at just 17 years old. Ece is forced to act and be like her peers, ignore the problems of the world and just numb herself with a cellphone through which she is allowed to see the world but not to experience it. The neighbor Zehra (Burcu Türünz) stays in an abusive relationship, which is puzzling to Ece, who can’t yet see everyone else around her is also trapped. Yağmur (Nezaket Erden) represents how the system takes advantage of women who in general have it harder then men in the corporate world. Oktay’s father Olcay is determined to be a father to Sofia’s (Bilijana Jovanovska) child, even though he did a terrible job with Oktay. What a great way to show how instead of mending an existing relationship we are more than ready to start a new one, forgetting that we are still the same person. 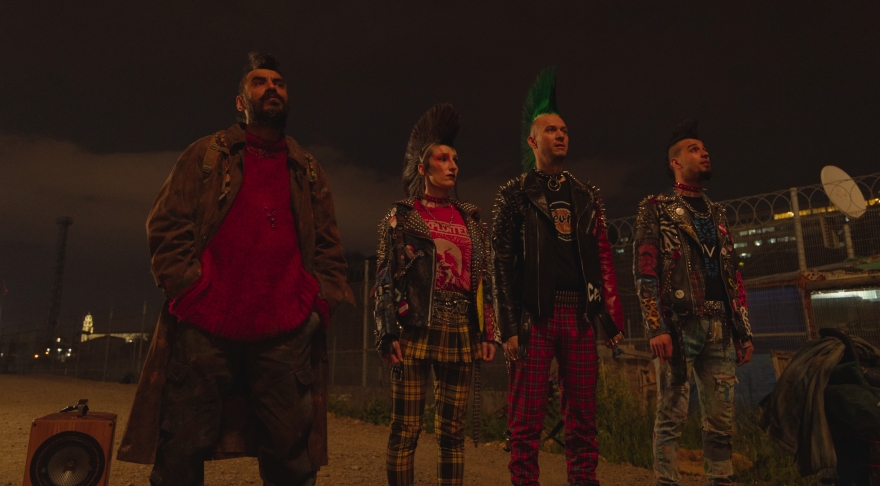 Oktay tries to relive his youth through Anakara (mainland), the abandoned building where he, his new punk friends and the traveling circus live. Anakara being another great word play, this time on the word Ankara, which is the capital of Turkey where he grew up. In the end he discovers Anakara is a prison too because he tried create a community without committing to it fully. Berhudar who is sent from Ankara to audit the construction project of the prison serves as a great metaphor the government. Berhudar hides his internal struggles throughout the series and tries to manipulate everyone especially Oktay, even making him call him “father” at some point. In the end like all the other characters we find out that he was trapped in his lies all along. 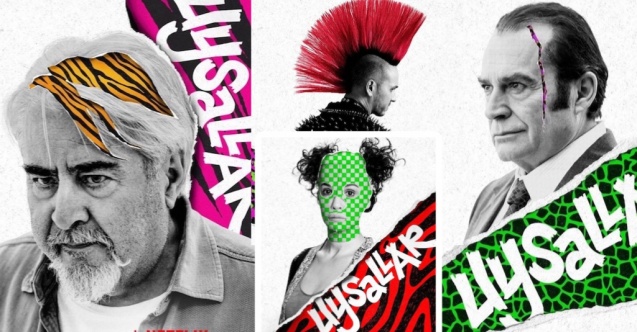 Why Should You Watch It?

Wild Abandon is not your typical dark comedy. It is not laugh out loud funny but the dry sense of humor suits it. I felt like some things could have been edited out like some of Ege’s storyline with the social worker and the rape scene with Yağmur. But all in all I was really moved by the series, which gave me a lot to think about, hopefully it will do the same for you. I have to say, the story doesn’t really approach its characters with compassion and I loved that about it.

There is a lot of criticism in it but reducing Wild Abandon to a criticism of the system would be unfair. It is so much more than that. It is a criticism of our society, of all of us who “almost” lead double lives because we are afraid to live our dreams. Most of us create prisons for ourselves, prisons of dreams that don’t even belong to us, just like Ege who decides to be an architect to please his father. We mistake freedom with having things like a cellphone, which gives us the illusion of discovering a world (freedom) that we can’t touch or feel. There is massive criticism in the series for white collar employees who are also trapped because of the life style they lead (to provide for it) and due to that, are financial prisoners to the corporations they work at. 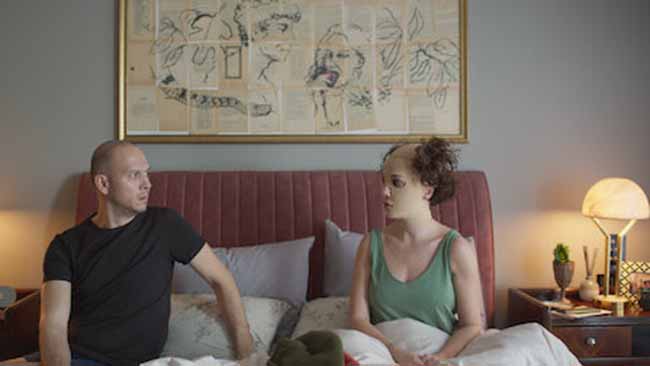 Some say the punk culture aspect of the series doesn’t work and punks are not portrayed correctly. I felt like for Oktay being a punk just meant being free. He was not a punk when he was young and he is not one now. Even his mohawk is a stick on. As his friend Fevzi (Erdem Şenocak) points out, he wants to profit from it, maybe not financially like Mert but he uses it to escape from his day job and unhappy marriage. The padlock on Oktay’s neck belongs to the government (he stole it from Berhudar). He was never a punk, he only dreamed about it. The minute he felt like he wasn’t allowed to be one, he lost the chance to become one. 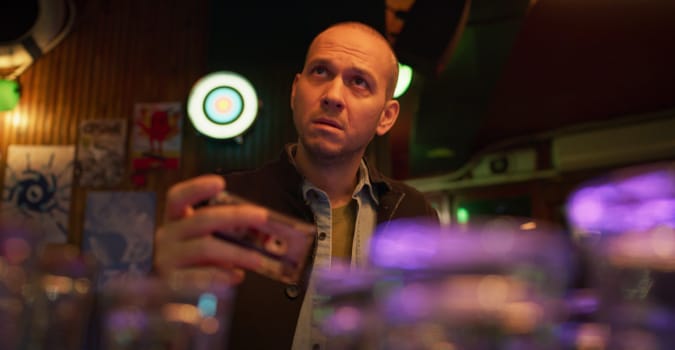 Wild Abandon reminds us, just as depicted in some of the promotional posters, under our skin we are all wild animals, but to discover that part of ourselves, we need to abandon our current lives and our made up personalities. We need to crash the things we built and run a wrecking ball through those walls that confine us (just like the videos Oktay watches on his phone). Otherwise we stay trapped, in our little worlds, prison cells of our own making, not listening to anyone but our own voice, trying to remember, “when was the last time I was happy?” If we decide to leave, the door is there but it’s always easier to stay and endure a miserable life instead of stepping into the unknown. Those who dare may find their utopias and even themselves; but maybe we’ll just stay here, enjoy our allowed freedom, pay our bills and keep mourning our lost youth.

Wild Abandon: Trapped In Their Own Lives